This is What You Can Do When Someone Criticizes You Unfairly

Unfair criticism is very different from fair or positive criticism. What should your ideal approach be when you are stuck in such a situation? Should you let it affect your self-esteem, or should you fight for your pride? What if I tell you that silent treatment is the best cure for this problem? Need elaboration? Here it is ... 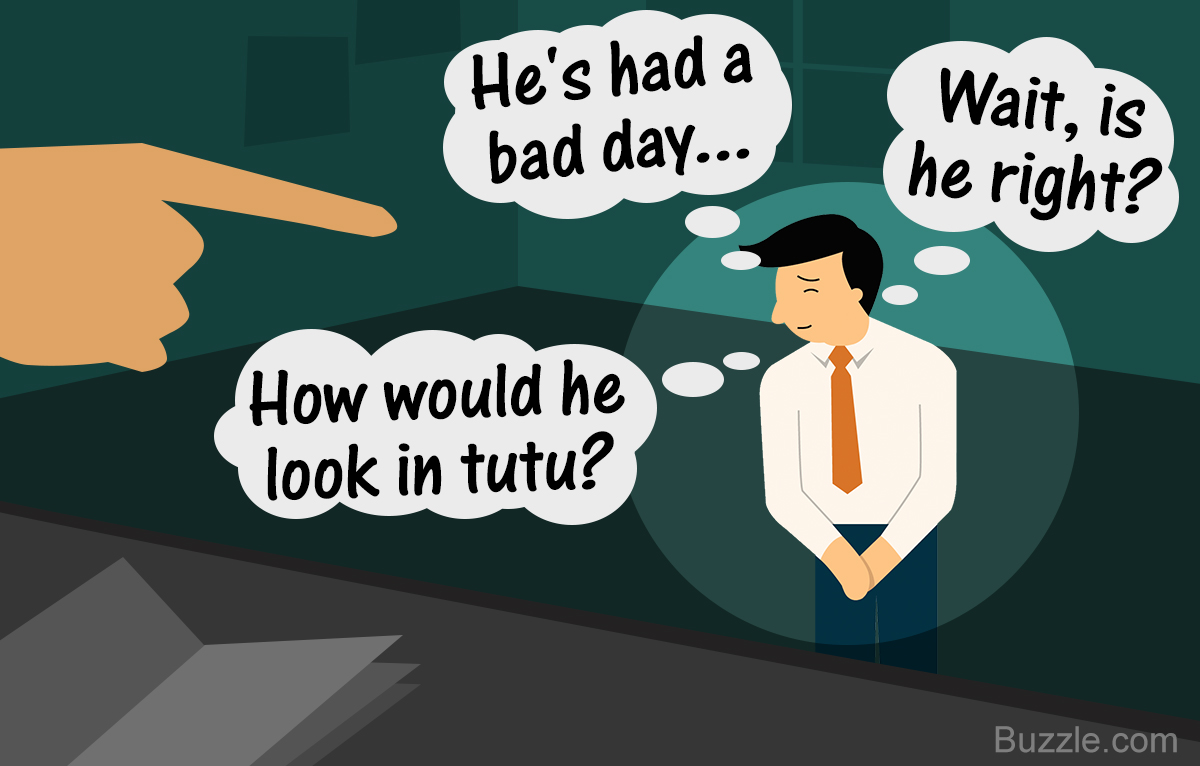 Unfair criticism is very different from fair or positive criticism. What should your ideal approach be when you are stuck in such a situation? Should you let it affect your self-esteem, or should you fight for your pride? What if I tell you that silent treatment is the best cure for this problem? Need elaboration? Here it is …

What is Unfair Criticism?

Unfair criticism is when unfavorable remarks are expressed due to perceived flaws, which in reality, do not make any logical sense, and the person who is criticizing refuses to be open to any explanation.

Criticism is not bad, and honestly, there wouldn’t be any self-development possible if there was no one to critically analyze your work. Criticism helps us in our growth — personally, professionally, and spiritually. It helps us become a confident, efficient, and focused person. However, dealing with criticism is very different from dealing with “unfair” criticism.

While every criticism does seem unfair at first, as we start looking past the frustration and anger of the speaker and start paying attention to the words spoken, we do eventually realize that the smoke is definitely rising due to a possible fire. It is not easy to handle criticism positively; after all, criticism mostly takes place in reference to something that we know we’ve been striving hard for … and when the final outcome results in unfavorable comments, it is natural for your blood to boil. When in that state, your initial reaction would make you want to strike back. You would want to ask that person to zip it! In situations that involve shouting, or throwing things — for instance, your final report — would want you to talk in the same lines, probably by expressing a stronger reaction in return. So, if you end up forming a fist which is waiting to deliver a punch on the person’s face, just know that it’s natural. However, is this the ideal way to handle unfair criticism?

Though the anger turns the civilized etiquette in you into a wild fighting instinct, remember that the country does not give you as much freedom as it says it does! Another reason for you to control your temper is realizing the possible consequences of your action. Punching would land you in jail, shouting would probably either result in you getting fired (in case it’s your boss), or being homeless (in case it’s your wife). The bottom line is that no matter who you are dealing with, shouting and violence would not resolve the problem. However, since it is the only way to vent your accumulated anger, I will tell you the ways through which you can effectively deal with the unfairness in a fair manner.

Also, please note that these points are based on the understanding that the criticism is unfair and illogical, probably caused by reasons including the nature of the person, a deliberate effort to put down your self-esteem, or maybe because the person himself is having a bad day and you just became the source to vent it all out.

You Should — Stay Quiet

Unfair criticism often comes with remarks that make no logical sense. The person refuses to hear any explanations, mocks you at every word you utter … all this leads to building up of anger, irritation, and frustration. The way the hurtful presentation of illogical faults are thrown at your face, you just can’t bear being quiet anymore. But, you ideally should. This person is already making a fool of herself/himself in your eyes by being critical about a ridiculous reason! If you understand that his/her points are actually pointless, there is really no need to irritate your throat. As they say, “Speech is silver, but silence is gold.”

You Feel — You Can’t Take the Nonsense

You Should — See if He Makes Sense

As I have mentioned before, any form of criticism often appears to be unfair, but instead of sticking to your point, try to see if all this nonsense does include some sense! I agree, some people are extremely efficient in making a mountain out of a molehill, but if this is a regular scene, then make sure you eliminate all the possible molehills. Another thing to focus on during the entire episode is the sole basis of the criticism. For example, if your boss says that you have not been living up to his expectations, and you know that you have tried to be a good employee in every possible way, instead of flaming up in anger, say, “I appreciate your feedback sir. I promise I’ll try harder next time.” Acknowledging the criticism doesn’t imply that you agree with the person. It just means that you will do everything in your hands to zip his/her mouth forever.

You Wonder — What’s Wrong with Him? 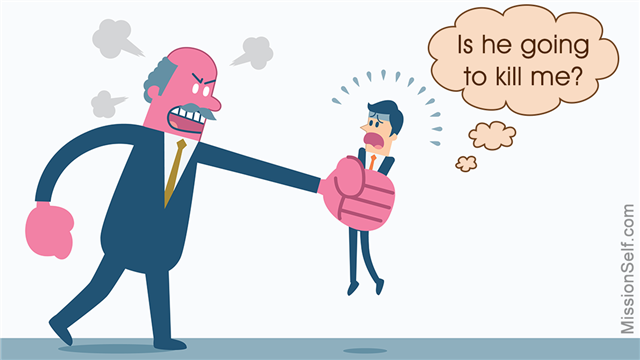 You Should — Think He’s Having a Bad Day 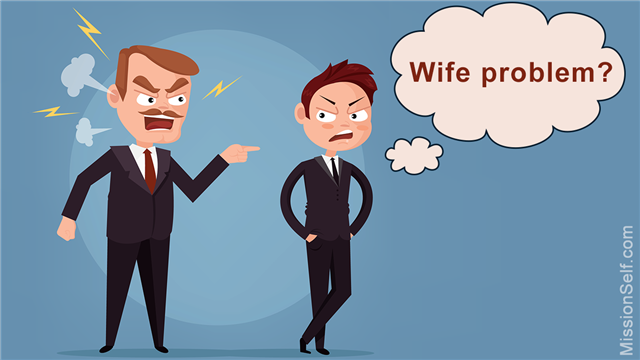 Many times, we end up becoming the victims not out of our own faults, but because we just happen to come in front of someone who is already trying to suppress his or her anger due to his personal issues. I know it is expected from everyone to not let their personal problems affect their behavior towards others, but understand that we’re all humans at the end of the day! Give the situation a benefit of doubt for once, and let go. Remember: “To err is human; to forgive, divine.”

You Should — Slip in Some Humor

Difficult as it may seem, staying calm and quiet is the ideal thing to do. The words may sting your ears, your heart may pound, you may feel an intense adrenaline rush within you to unleash the wild and violent side within you. Knock him dead is all you want … but no! No fighting please. If you know that the person has no valid basis for the criticism, just try to slip in some humor in the situation. Imagine him wearing a tutu dress, or imagine the nose of the person going long every time he criticizes you falsely. Your body language will automatically get back to normal, just as they say, humor kills the unwanted tensions of the situation. However, make sure your imagination doesn’t make you laugh out loud in front of him!

You Feel — Agitated and Furious 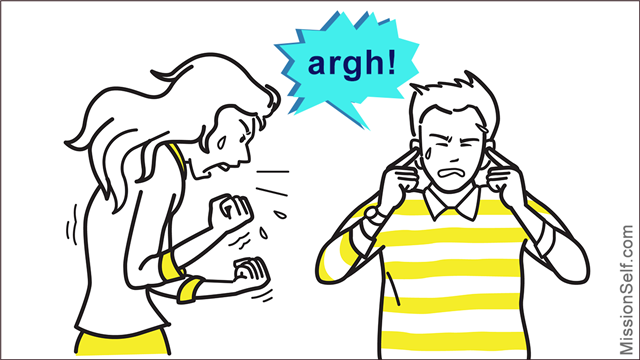 You Should — Stay Calm! 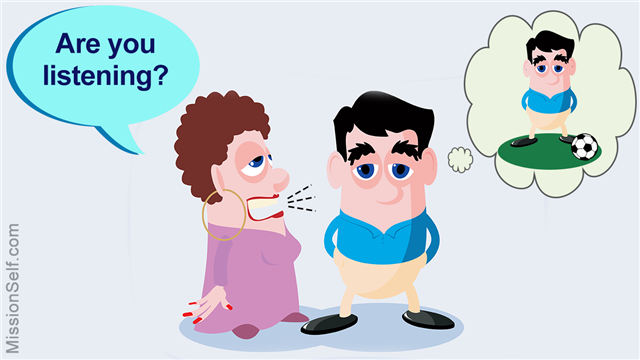 At times, it becomes unbearable to witness the presence of the person who seems to be born in this world to only criticize you. The unrealistic expectations, the mocking, or the constant reminding that no matter what you do, you’re never good enough eventually gets to you. No matter how much you try to curb your anger, your body language will express it. Your eyes and face go red, you start fidgeting around, or you go extremely stiff. When stuck in such a situation, keep your cool. When you don’t give the person the desired reaction, you in a way, put an end to the possible complexities of the situation. If you don’t see any valid reason, or if you know that this is how the person has always been with everyone, calm is the thing to be. Just divert your thoughts.

You Should — Understand, He’s Helpless!

This point is especially dedicated to people who have a low self-esteem. Criticism, lack of appreciation, constant demoralization — all these things end up affecting the person’s confidence and self-esteem. “Unfair criticism” then seems to be a fair reflection of your own faults, even though it is not the case. In such cases, it is always advisable to seek guidance from a trustworthy source, and if you aren’t an atheist, there is no better resort than seeking God’s help. He will surely open his Google and clear up all the doodle.

There is a very famous story in Buddhism, which becomes an inspiration to many, while dealing with unfair criticism. The story goes something like this …

Once during one of Gautama Buddha’s lectures, a man interrupted him and started abusing him immensely. Buddha, instead of getting all angry and agitated, waited until he had finished and then asked him, “If a man offered a gift to another but the gift was declined, to whom would the gift belong?” The man answered, “To the one who offered it.” In response to his answer Buddha replied, “I decline to accept your abuse and request you to keep it for yourself.”

Remember, various religious figures including Jesus Christ and Gautama Buddha were criticized unfairly. If they were not spared by the critical lot, who are you and I? Positive criticism, which may be passed on negatively, should be welcomed like a challenge, overcoming which, will only add to your credibility. However, unfair criticism can only be analyzed by you to see if any part of it can be taken in a constructive manner for improving your efficiency. If not, ignorance is bliss.