What is critical thinking? What can help in the development of creative thinking skills? In this article, we give you ways to develop this faculty of thinking and some activities for the same. 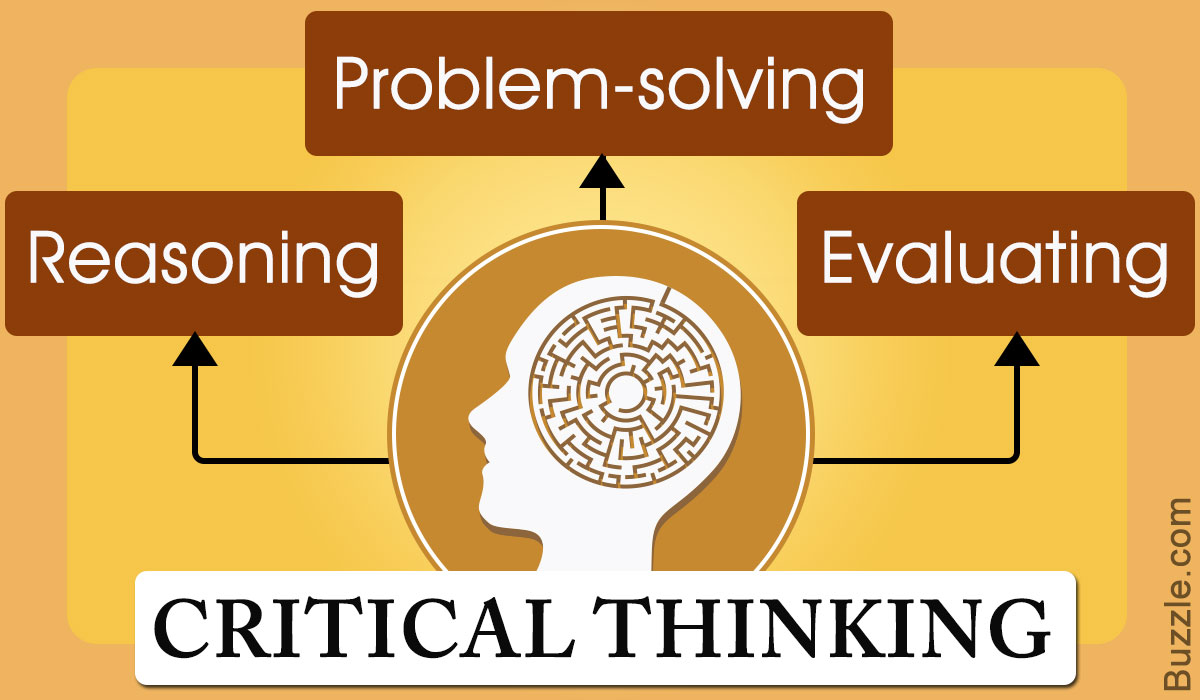 What is critical thinking? What can help in the development of creative thinking skills? In this article, we give you ways to develop this faculty of thinking and some activities for the same.

How to Develop Critical Thinking Skills

Now for the exercises that can help you develop critical thinking abilities. These exercises involve thinking is ways different from the usual and in a way that the subject at hand is handled critically. 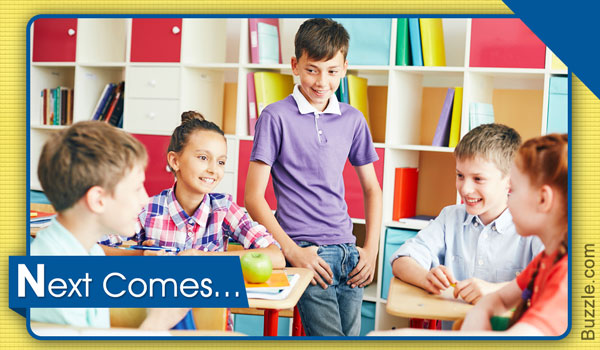 For this critical thinking exercise, students have to establish a logical connection between different incidents and build a story.

For this activity, the students are given a set of incidents or a story (written in parts or with its end undisclosed). Students are asked to explain the logical connection between the events of the story and think of ways to extend it. They are also asked to suggest a title and a sign-off line for the passage and add to it, content of their own. This activity requires the students to think logically and reason every possible occurrence that can connect with the story. The students can be asked to extend the story by adding characters and incidents to it. This activity is thought-provoking as the open-ended story can be concluded in many different ways. Each one may have his own ways of extending the story and ending it. To better exercise thinking, you can have each student come up with more than one ways of extending the story. 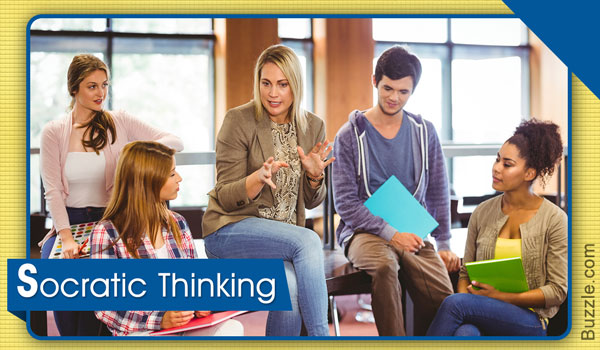 It is a process of disciplined questioning that triggers thinking. It can be implemented by challenging the students with questions on complex issues or hypothetical problems.

The students are asked to analyze concepts, distinguish between facts and assumptions and give solutions for the problems. It can be an imaginary problem or a social or environmental issue on which the students are encouraged to think and voice their opinions. The Socratic thinking exercise prompts them to reassess their views and look at their opinions objectively. 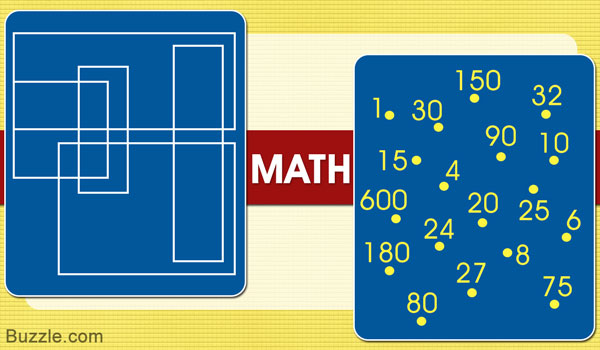 Having the students count figures in a sketch or having them connect the dots in a certain way or so as to form a certain object, are good exercises to develop critical thinking and problem-solving skills. 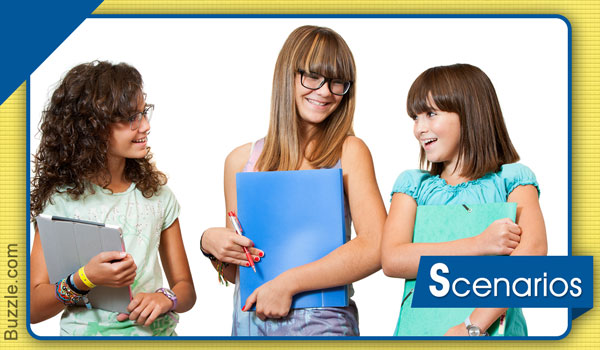 Give the students hypothetical scenarios and have them come up with out-of-the-box solutions. Scenario 1, If you were to die tomorrow, ten things you would do today. Scenario 2, You are left stranded on an island. God grants you three things that can be kept with you when alone. What would they be? Scenario 3, If you were given the chance to exchange roles with your best friend/partner, would you like it? Why? What changes would you bring in yourself?

Here’s another exercise that encourages thinking differently – Give each student a word and have them find ways in which they can associate themselves with that word. Or give them an object and ask them to write down creative uses of the same. These are creative thinking exercises that also make the students think critically, in the first case, of ways they can associate with the word given and in the second case, of all different ways of using an object. The catch is in finding ways of using the object other than those it is normally used for.

Having the ability to differentiate between facts and perceptions or truths and opinions is important for developing critical thinking. As an exercise to strengthen this ability, give the students a set of statements. In each set, include a mix of both truths and opinions. For example, “The weather is warm today” is someone’s perception while “Today’s temperature is 86°F” is a truth. Here’s another example – “My sister is the best one in the world” is an opinion while “My sister is taller that your sister” is an example of a truth/fact. Facts are truths while perceptions are subjective. A perception is what someone believes to be true. An opinion is what someone thinks as right. Opinions two people have may be completely different. As against this, truths are truths, they don’t change from person to person. But then, they may change over time. For example, “the milk is hot” could be a fact that is subject to change after the milk cools down. But “Earth is a planet” is a fact that is not subject to change. You can include such examples in the list and have the students distinguish between facts that are subject to change and facts that are not.

Categorizing objects on the basis of fixed criteria is a good exercise for developing critical thinking. Give the students a list of different things or names; say a list of animals and ask them to group the animals in various ways. It’s they who decide the criteria to group them. In case of animals, it could be habitat, size, color or even number of letters in their names. Have variety in the lists you give them. You can give them a list of names of places or a list of numbers and ask the students to sort them into a certain number of groups based on various criteria. The grouping criteria will depend on what’s included in the list.

Comparative analysis of competing technologies or products can be a good exercise for developing critical and analytical thinking skills. Ask the students to compare LCD and Plasma, or Bluetooth and wi-fi. Give them two music genres for comparison or give them two movie names and ask them which one they would recommend watching and why. You can give them sets of things that have something in common and ask them to point out what’s common to them. For example, September, April, November, June. Now anyone would know what’s common to these, they are names of months. But attention to detail is what it takes, to notice that all of them have 30 days.

Let’s take the subject of “effects of peer pressure on teenagers”. Ask the students to give their views on the subject and then give them a set of questions like these.
✦ Explain your view further.
✦ Why do you think so?
✦ Are there examples that support your point of view?
✦ What’s the counter-argument to what you think?
✦ How would you defend your point of view?
✦ What made you form this opinion?
✦ Are your opinions subject to change?

✦ Imagine you have just 5 years of your life left. What would you do with the time you have?
✦ Imagine you were born in the 18th century. What would life be like?
✦ Give 10 uses of a pen other than writing.
✦ Other than storage, in what different ways can a bottle be used?
✦ If you were able to go back in time and change one thing in the past, what would it be and why?
✦ If you were a non-living thing, what would you want to be? Why?

Give the students pictures of certain things (animals, fruits, people, etc.) Have them find what’s common to the pictures. Ask them to find ways in which each picture is different from the other. Or have them place the objects in the pictures under suitable categories and find ways to group them. For example, grouping animals into mammals and reptiles, people according to the field they belong to, fruits based on their season, etc.