15 Negative Things You Must Stop Saying to Yourself This Moment!

Negative self-talk can be venomous to friendships, to relationships, to careers, to lives. We need to understand that our thoughts are absolutely in our power. When you stop thinking and saying bad things, you start seeing and saying good things. So shun these negative phrases and feed your mind with positive ones instead.

Home / Uncategorized / 15 Negative Things You Must Stop Saying to Yourself This Moment! 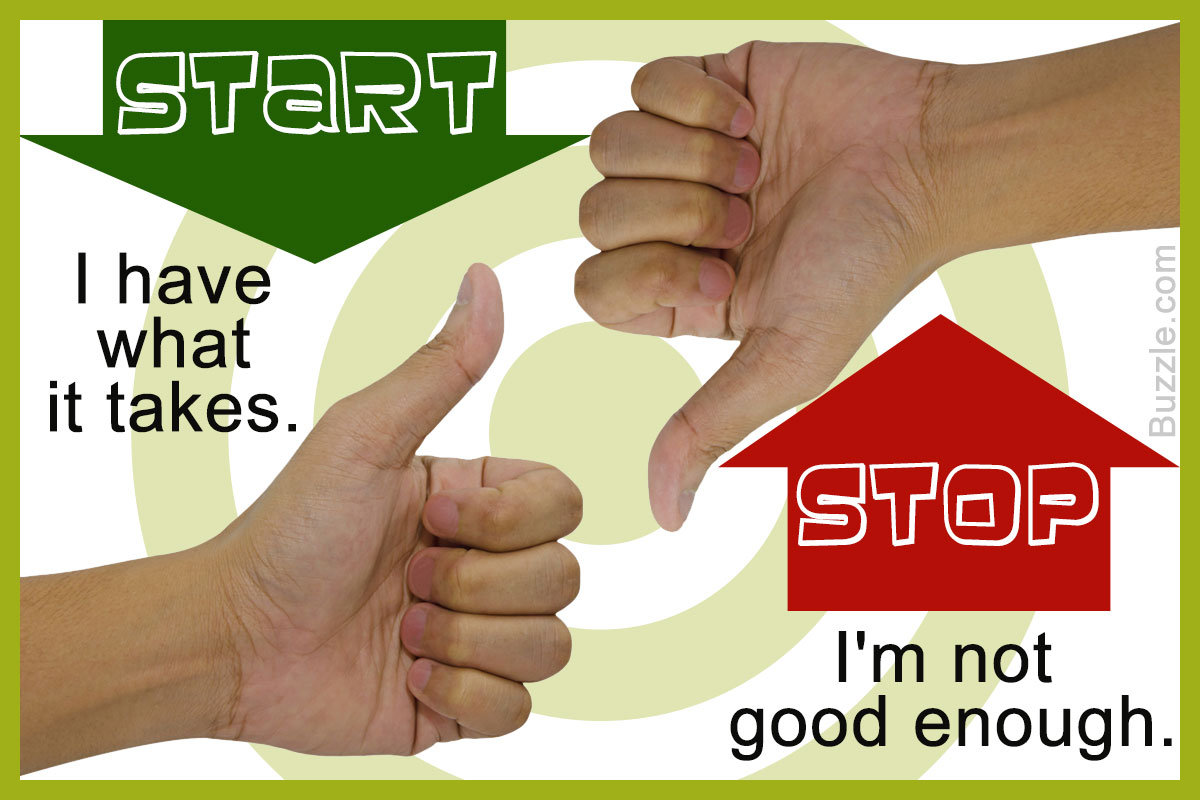 Negative self-talk can be venomous to friendships, to relationships, to careers, to lives. We need to understand that our thoughts are absolutely in our power. When you stop thinking and saying bad things, you start seeing and saying good things. So shun these negative phrases and feed your mind with positive ones instead. 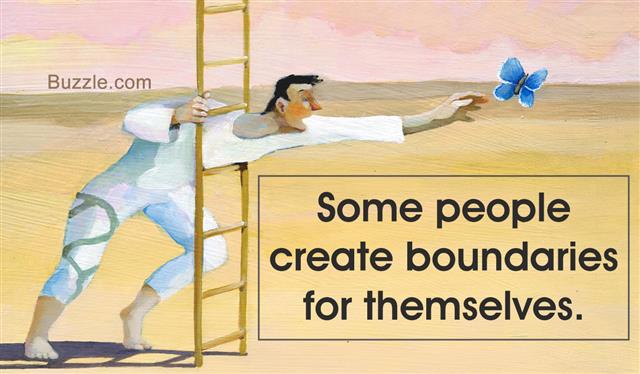 Talk to yourself like you would to someone you love.
― Brene Brown

There’s this little voice in your mind that keeps speaking. This inner voice reflects what you think. It can be positive, it can be negative, it can be anything. The problem is, it’s easier for our thoughts to walk the negative lane. And then, this enters the Universe! You start attracting negativity.

Underestimating ourselves, feeling low-esteemed, feeling jealous, comparing ourselves with others, griping about things and situations that surround us are all ingredients to creating a negative life, which will get you doomed, internally. But the good thing is we have control over our thoughts. We can direct them to think positive. A simple mantra to follow―for every negative thought you feed your body, follow up with two positive things―things that you love about yourself. And see how things fall in place. And more importantly, stop overlooking the little things in life. Talk to strangers, take long walks, travel to a new city, connect with nature. These simple things are the beauties of life. Relish in them.

No matter what you’re going through in life, no matter how busy or pathetic you feel, try this thing called breathing! There’s always room to just stop for a moment and breathe. Cherish everything that’s going wrong; everything you’re doing wrong. Breathe and accept it. Work over it. We’ve collected 15 negative phrases that constantly prompt your mind, that need to be replaced with the positive alternatives.

Things You Must Stop Saying to Yourself

Stop saying: I can’t do it.

Start saying: I will do it.
This is the most depressing, discouraging thing you could ever say. Because when you start saying this, you tend to declare it. If you believe you cannot, how would you? Try saying things like―I can, I will! And you’ll see things happening.

Start saying: I’m worth it.
You might have heard this before, but it’s time to understand what it means. You were born for a reason. Feed it in your mind. This automatically makes you worthy. Something as tiny as an ant has an impact on maintaining environmental balance, and you doubt yourself? Being worthy was never a choice. It’s a birthright.

Start saying: I’m the best version of me.
The biggest mistake we do is compare ourselves with others. Why do you even wanna become like someone else, when you’re perfect at being you. Everybody is unique. Everybody has their own set of challenges. If you dislike something about yourself and like something about others, learn to develop that thing in you. But do not try to mimic them or change yourself. ‘Cause that’s not gonna work out. People don’t change. People grow and evolve. So, stop comparing and start believing in yourself.

Stop saying: I must be perfect.

Start saying: I’m a learner.
You’re a loser if you say so. Stop hurting yourself. Every mistake you commit, teaches you something worthwhile―teaches you ways of what not to do! Every success story has a trial of failures. So you gotta learn from them and try again.

Start saying: That has happened.
Acceptance is the key to moving on. It’s already happened. You can cry over it, but you cannot change it. And blubbering over it doesn’t change it either. The only thing feasible is to get over it! Move on and get going.

Start saying: I love myself! I deserve it.
“Thou Shalt Love Thyself.” Remember your teacher from school telling you to love your neighbor as you love yourself? But how would you love others if you don’t have love for your own self? A good thing about love is its abundance, and the golden rule demands to start with thyself.

Stop saying: I’ll do it later.

Start saying: I’m doing it right now!
As they say, the pain of discipline is lesser than the pain of regret of not doing it. And you know, later becomes never. Tomorrow never comes. Stop procrastinating. Stop finding excuses. You will end up in a messed up situation and do it anyway. So, get things done NOW.

Stop saying: What they think and say about me matters.

Start saying: I don’t care what they say about me.
When was the last time you did something for yourself without caring about others or social norms in general? What would you do if you knew nobody was judging you? No matter what you do, people always have something to talk about you when you leave the room. So, why care? Don’t give them the authority to crush your dreams. For once, do what your heart craves for, and you would feel free. You won’t find the negativity pertaining around you, judging you or whatsoever.

Start saying: I’m not alone in being alone.
I agree, we can’t make it through all alone. None of us can. I know, everybody is fighting their battle, but few of us are actually dealing with the same crap, experiencing the same emotion. If you could talk to someone who can relate to you, good. If you cannot, don’t dump your mind with negative talk. Remember, everybody feels miserable, and it’s okay to feel that. You are not alone in being alone. As mentioned earlier, connecting with nature would help.

Stop saying: I can’t forgive them.

Stop saying: I hate myself.

Start saying: I’m worthy of love.
Could you hurt yourself any more? If you hate yourself, you will attract people who look onto you with disdain. Do you see where it’s going? There’s plenty of love around, start shedding some on yourself, and you’ll attract love!

Stop saying: I think love is a lie.

Start saying: I think I should give love a chance.
Stop rejecting prospective relationships just because your past relationships didn’t work. You fell in love, you had your heart broken. We all have. In fact, you’re lucky that you’ve got acquainted with this love cycle. You’ve grown as an individual. Relationships are learning experiences. If you start with the belief that the relationship will end up in an heartache, it probably will. Give love a chance. Drop the baggage of the past right there

Stop saying: I wish I had.

Start saying: I’m thankful I have …
Be grateful for what you have. Be grateful for the little things in life. Right now, what you need is designer footwear ’cause some snappy teenager posted a picture of it on Instagram and so you wanna do too! There are people dying to get something to cover their feet. So, be thankful for the little things you have. You could be worse off in the future.