These Examples of Constructive Criticism Will Help You Endlessly

Not disregarding the cringing that happens every time you have to dole out some constructive criticism, it is still extremely important that you do. MissionSelf gets into the details of why this is important and how to go about the same.

Home / Uncategorized / These Examples of Constructive Criticism Will Help You Endlessly 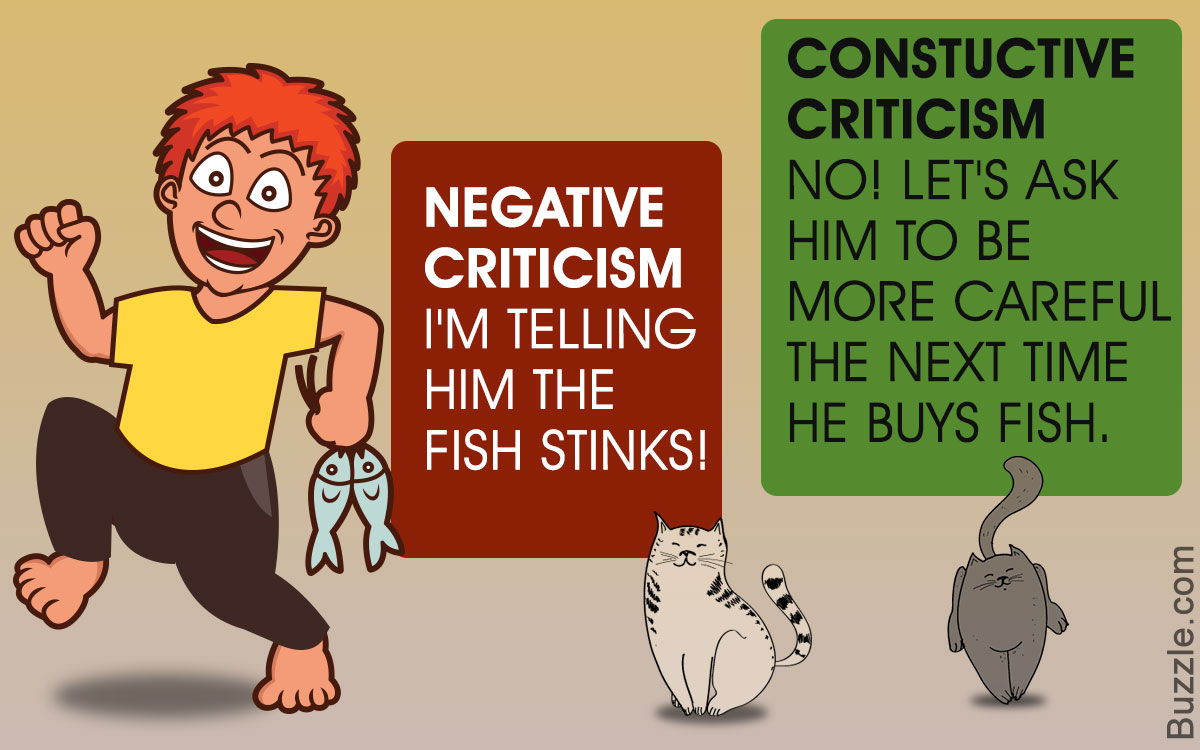 Not disregarding the cringing that happens every time you have to dole out some constructive criticism, it is still extremely important that you do. MissionSelf gets into the details of why this is important and how to go about the same.

“Criticism, like rain, should be gentle enough to nourish a man’s growth without destroying his roots.”
― Frank A. Clark

There are some people who are critical about everything. In fact, they thrive on criticizing others and think it’s okay to do so for every little thing. May it be something as trivial as a missing comma in a document, or the fact that someone wears their hair in a particular style that they don’t ‘approve’ of. Bleah. The good news is, we will not be referring to those people in this MissionSelf article. We will, instead, be talking about something that is actually quite necessary and important for personal and professional growth―constructive criticism.

Criticism that is offered with the aim of helping someone to grow, improve, and get better at things, in their professional and personal life, is known as constructive criticism. However, though it may be done with the most noble of sentiments, with nothing personal to gain from it, the idea of telling someone something unpleasant is not the most exciting of things. And yet, sometimes, it becomes important that a person be told about the common gaffes that they commit. Which then gives rise to the question―how exactly is one supposed to go about this so that the person in question does not hate you forever and does not make a voodoo doll to torture you with? The answers are in the following paragraphs. Read, read. 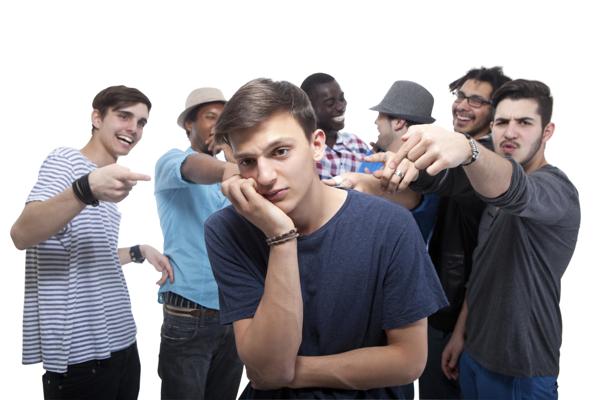 How to go about giving constructive criticism? Keep these following factors in mind whenever you are required to offer some.

So, it’s not really a secret that people don’t like to hear something bad about them (Whaaaat?!). Most will go on the defensive and/or refuse to listen. In short, they will get difficult, loud, and sometimes mean. So if you go―’There’s too much salt in this soup.’, they’ll respond with ‘Oh ya? There’s too much salt in you!’ (Did I mention, they lose their ability to think when criticized?). Or even, ‘Oh ya? Your mom’s fat.’ (I know, right? Completely uncalled-for.) So to save yourself from these blithering words of wisdom, make sure that you have some things down pat. Always, and I mean always, mind your tone. Don’t speak down to them. Never speak down to them. Always don a tone that suggests that you’re going there as a completely neutral party―which means nothing accusatory, nothing loud, and nothing repetitive.

Sandwich it with a Compliment

Compliments are your best friends. Also, because we’re all made of some layer of narcissism, it’s time to stoke it and make it shine. Ever noticed how complimenting someone gets them in a good mood? Then that is exactly what you will do. So, in continuing with the earlier example, you don’t just come out and say, ‘There’s too much salt in this soup’, you will say, ‘I love how you make these different soups. I admire your skill. But, if you don’t mind me saying, the salt is a little on the higher side in this one.’

See how that works? You soften the blow by giving them something to hold on to. By doing this, they become more open to listening to what you have to say.

Other than adopting the correct tone and sandwiching it between a compliment, what is absolutely crucial (and that is where the word constructive comes in), is to offer a solution. So don’t just say something and leave them to wonder, suggest what they could do the next time to prevent the same thing from happening again. So the previous example would go something like this, ‘I love how you make these different soups. I admire your skill. But, if you don’t mind me saying, the salt is a little on the higher side in this one. Why don’t you try adding the salt right in the end?’

Relate it to You

You know how misery loves company? This somewhat works on the same lines. When criticizing someone, it is known to help if you put yourself in their shoes. In the sense that, if you somehow relate the incident to your mistakes, or bring yourself to that vulnerable position, the person is found to be more accepting to taking in the criticism and working on it. So the previous example would go, ‘I love how you make these different soups. I admire your skill. But, if you don’t mind me saying, the salt is a little on the higher side in this one. Why don’t you try adding the salt right in the end? I used to do the same thing, but then I found this trick really helps’.

While the earlier section dealt with some of the key points that you have to keep in mind, there are a few others that you can look into as well. Here are some examples of how to provide constructive criticism in different situations.

Situation:
The student writes a report that needs to be worked on.

Negative Criticism:
‘The report was bad. I didn’t like it.’

Constructive Criticism:
‘The report could do with some changes―improve the grammar and add a few more lines to elaborate the second point.’

When providing constructive criticism to your students, don’t be subjective with statements like ‘I didn’t like it’. Instead, be objective in judging the paper and specific when providing pointers so that they know where to improve exactly.

Situation:
On a day that you’re down, your friend calls you ‘negative’, and says that you’re draining her energy with your mood.

Negative Criticism:
‘What you said was extremely rude. Do you think you’re always perfect miss sunshine to be around?’

Constructive Criticism:
‘What you said that day made me feel very bad. I was quite down, and your comment only made me feel worse. Everyone has their off days. You do too. And if you were having one, you would have wanted me to understand.’

How it Helps:
Even though you’re probably boiling with rage inside, it is important that you maintain your cool and speak in a calm tone. Here, it is very easy to play the blame game and start listing her/his bad qualities, but that will not help because it might just escalate into a full-blown argument. So the most effective thing to do in a situation like this is to focus on the subject instead of the negative qualities of the person. Tell them how their words made you feel, draw the attention to you. Then once you’ve done that, let them know that you want them to be more supportive.

Situation:
An employee is always late for meetings.

Negative Criticism:
‘This is very unprofessional. Do you need to be told what your duties are?’

Constructive Criticism:
(Hold a meeting and have an open discussion without taking names. Make sure that it is something that all employees may have done at one time or the other) ‘How does coming late to a meeting affect the performance?’

Instead of shouting and being negative, this is a very subtle way of pointing out mistakes without really having to say anything. Moreover, an open discussion allows the employee to understand what the solutions are as well, without you having to draw special attention to them.

Situation:
A coworker constantly interrupts you while you’re making a point.

Constructive Criticism:
‘When you interrupt me while I’m making a point to the client, it causes a problem.’

How it Helps:
Here you’re pointing out something that they have done and not who they are as a person. Focusing on the act rather than the behavior will always garner in more positive results.

Situation:
Your boss asks you to work on a project that you know will not be successful.

Negative Criticism:
‘I don’t think this will work. We should look into something else.’

Constructive Criticism:
‘I have a few concerns about this project. I would like your opinion about the same.’

Because he is your boss, there will, of course, be no honest opinions (in strong words) given. By not giving the project a finality, and instead, getting your points across to him, as well as asking for his opinion, you’re assuring that he listens to what you have to say. This way, if you ever have to do the project and it does not succeed, you will always know that you had informed him of the same.

There is a popular theory that goes on the lines of ‘If you can’t say something good, don’t say anything at all’, the same sentiments apply here as well. Criticism is welcome only if it is given in the correct tone and used to bring about a positive change. If these criteria are not being fulfilled, better not say anything at all. 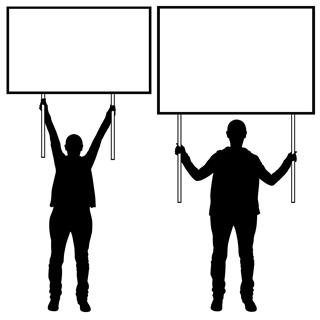 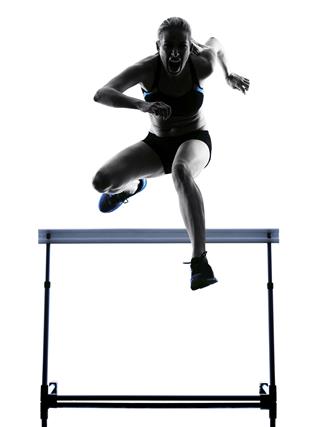 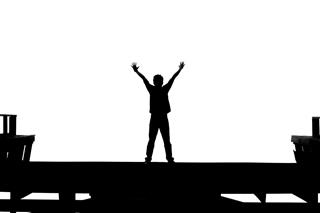