Equity Theory and its Applications in the Various Spheres of Life

Perception is a relative term and differs from person to person. Equity theory is a study of human perception in terms of proportionate equivalence of the ratio of one person's inputs to the results to those of others around him, 'ceteris paribus'. Let us take a look at various spheres of life where this theory applies, explicitly or implicitly. 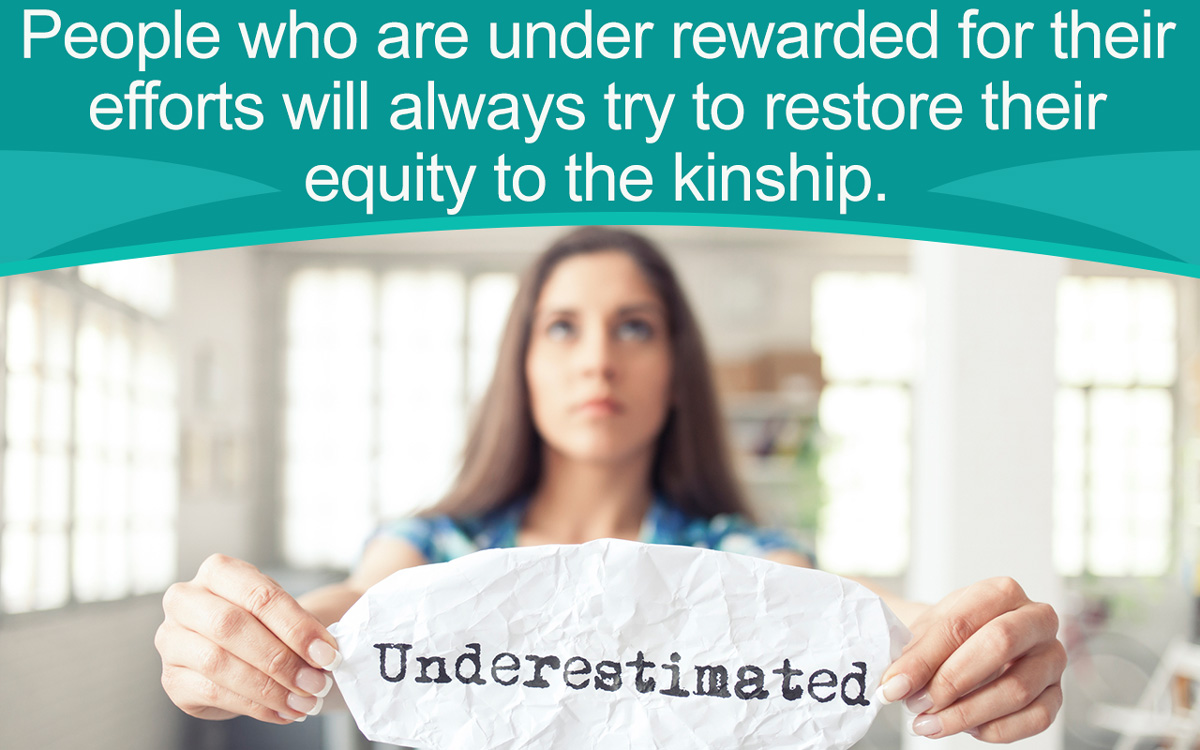 Perception is a relative term and differs from person to person. Equity theory is a study of human perception in terms of proportionate equivalence of the ratio of one person’s inputs to the results to those of others around him, ‘ceteris paribus’. Let us take a look at various spheres of life where this theory applies, explicitly or implicitly.

Equity theory, most popularly known as the equity theory of motivation, was first developed by John Stacey Adams, a workplace and behavioral psychologist, in 1963. Adams’ theory of equity is based on the premises of the belief in fair treatment by the organization in terms of equally rewarding all employees doing equal amount and equal level of work. So what is this theory all about? This theory of motivation was developed on the belief that fair treatment, or a perception thereof, motivates people to keep such fairness maintained within the relationships of their colleagues and the organization. Equity in the workplace is founded on the ratio of inputs to outcomes; inputs being perceived employee contribution in terms of skills, experience, time devoted, etc. for the benefit of the organization and outcomes being financial remuneration, recognition and appreciation of the employee’s inputs. John Adam’s theory of equity states that people who feel that they are either over or under rewarded for their efforts/inputs are prone to experience distress and feel disturbed. Such a feeling of distress leads these people to make efforts towards restoring equity to the relationship, be it organizational, personal or intimate. Let us break up this theory into coherent sections and try understanding each aspect separately.

The Give and Take Relationship: Identified by Adams as input-outcome relationship, the give-and-take ratio is the pivotal aspect of this theory. It is in trying to balance the perceived give against the expected take that this theory comes into play.

Reference Points and Comparisons: Give-and-take alone is not what sets the wheels of equity into motion. There has to be a reference to others and a comparison of the ratio of give-and-take of oneself with others who are working under same conditions, giving proportionate, if not same, input.

Relative Theory: This theory is not based on absolute premises. Its structure and beliefs are based on PERCEIVED, and not established, equity. Perception being a volatile and random psychological premise, this theory can assuredly be called a relative theory.

This theory is not just restricted to organizational behavior – it applies to relationships as much as it does to management and employee motivation, though in a more subtle, subconscious way. The definition of this theory stands on the three cornerstones of Inputs, Outcomes and Equity and builds up on the inter-relationship among these three. Let us elaborate on each of these three aspects and see what possibilities come under the purview of each aspect.

Now that the possible constituents of each of the three cornerstones have been identified, let us try and depict the theory of equity in a simple equation. The equation of equity would be as follows:

Management pertains majorly to organizational behavior and employees’ expectation of management’s fair play. An understanding of this theory would help understand a lot of gray areas of personnel management which result due to employee dissatisfaction despite fair remuneration. An understanding of this theory, along with other personnel-oriented theories such as the Expectancy Theory of Motivation, may assist in the formulation of creative employee motivation strategies. Employees expect a justifiable reward for their personal and professional contributions for the organization’s benefit. This concept is known as the Equity Norm. Employees set this “norm” to determine equity by comparing the ratio of their inputs and outcomes with those of their colleagues; this phenomenon is referred to as Social Comparison. After the previous two psychological steps have been followed, the employee will now determine whether they are at an input-outcome equilibrium or not. Those who feel they are at a disequilibrium would seek to reduce it by either mentally distorting their inputs and outcomes (cognitive distortion) or by directly altering the input-outcome ratio. Failure to achieve equity by either of these two methods would result in the employee leaving the organization. Let us look at a couple of managerial examples to understand how employees seek to establish equilibrium between their individual input-output ratio with relation to the organization.

In case of personal relationships also, be it filial or intimate, people tend to make efforts towards establishing equity. Even when it comes to love, care, affection and sharing joint responsibilities, both or all the parties tend to evaluate their extended efforts against their received benefits and compare these with those involved in the relationship. For instance, let us take a romantic relationship involving two intimate partners. “He” would expect from “Her” a perceived similar amount of attention and affection which “He” showers “Her” with and vice versa. In case if “He” feels that “She” is investing in the relationship more than “Him”, “He” would either start feeling guilty or try to make up for his perceived lacuna by other ways such as treating “Her” to vacations or exclusive dates, giving “Her” gifts very often, etc. Carried to extremes, this perception of being the lesser contributor to the relationship might actually give rise to feelings of resentment, inadequacy and can be the first sparks towards fueling a break-up. This has to do with the ego of the “inadequate” partner which needs to constantly feel boosted and a relationship where “he” is getting more than “he” is giving may actually deflate it. Same applies to “Her”. In the reverse case, where one partner feels that he/she is getting less than he/she is giving the other, dissatisfaction and frustration settles in, straining the relationship. A very common example of the play of equity theory of relationships can be seen in the contemporary work-life scenario. Working parents often indulge their kids as a way of compensating for less time spent with them. People who are often kept away from their families owing to work are seen to have the tendency of treating their families to exclusive vacations and amusements, as a way to save themselves from an emotional guilt trip.

Nature is all about establishing equilibrium, sometimes even resorting to chaos to restore order. Likewise, all creations of Nature have inherited this trait. It is, therefore, understandable that Man, being a creature with the most complex mental structure, would go a step forward and strive for psychological and perceptional equilibrium to feel at ease with himself and his surroundings. This theory identifies and acknowledges this innate behavioral peculiarity of the human mind and makes an attempt to explain why humans feel dissatisfied even when they get more than they put in! Well, that was some heavy psychology lesson! I guess I’ll catch a Jim Carey flick to restore equity to my current, academically saturated, state of mind! 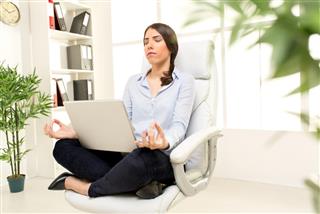 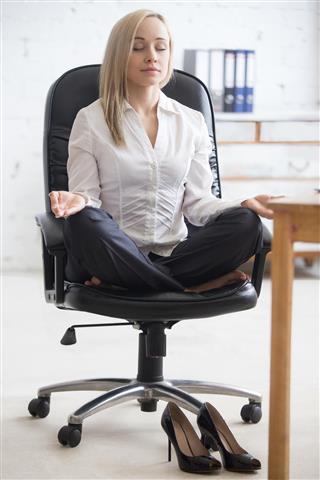 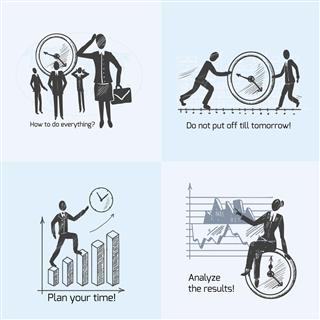 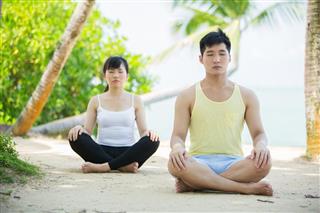 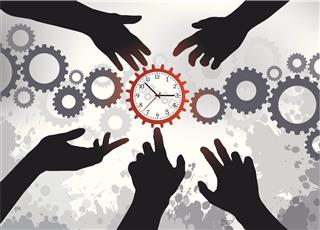 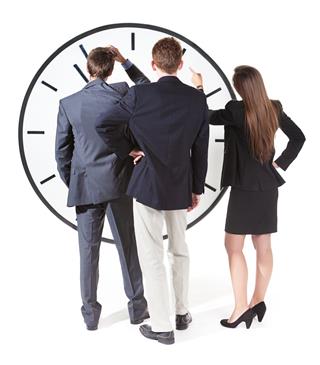